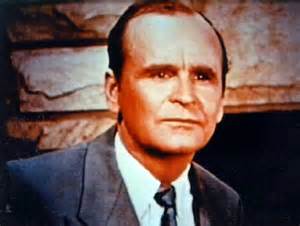 This Website, combined with our Discussion Forum, contains an abundance of resource information,
including more than 3,500 discussions over a course of 20 years on virtually everything William Branham spoke about.

William Branham was a main figure of the Pentecostal movement's healing revivals of the late 40's and 50's. Many believe that his was the most dramatic healing ministry of the revivals. His followers believe he was a Major, or "Word" prophet (that is, a prophet who receives direct revelation from God to be given to the Church). William Branham's followers believe (based on his teachings, known as The Message) that he is the fulfillment of Malachi 4:5,6. William Branham taught that the seven churches in Asia from the book of Revelation represent the history of the Christian Church in 7 specific dispensations or ages. William Branham implied that he was the angel (messenger) to the Laodicean Church Age.** As such, his followers believe he was the 7th angel referred to in Revelation 10:7, sounding (i.e., revealing) the mysteries of God (which he believed to be apostolic teaching) that had been lost to the Church over the centuries.

But William Branham could not have been a true prophet of the Lord by biblical standards. In his lifetime he made several prophecies that did not come to pass (see Deuteronomy 18:20-22). Indeed, there is no evidence he ever prophesied an event that came to pass as predicted, and the majority of his most well-known prophecies were shared with his followers only after the predictions had already "come to pass." Even if it were possible to prove that he ever made a prophecy that later came to pass as predicted, he would still be shown to be false because he pointed his followers to a different Jesus (see Deuteronomy 13:1-3. See also, Jesus According to William Branham). Much of his theology is based on misinterpretations of Scripture, new extra-biblical "revelations," or those which he borrowed from other false teachers and cults (see Jeremiah 23:30-32). The source of much of his dispensational theology came from the Schofield Reference Bible, while specific "revealed" details were actually plagiarized from the writings of Clarence Larkin!

William Branham said that the Lord revealed to him that as John the Baptist came in the spirit of Elijah to forerun the first coming of Jesus Christ, so he was sent in the spirit of Elijah to forerun His second coming. His Message was to restore the Word of God that had been twisted and manhandled through centuries of denominational Christianity. Emphasis is not placed on evangelizing the lost for Christ but on preparing the Bride (his followers) for the second coming of Christ.

My name is John Kennah. I created this Website in 1999 (based on a booklet I wrote in 1990) as an outreach to people who follow the false teachings of William Branham, for those beginning the process of escaping "the Message," and as a resource for those who want to know more about "Brother Branham" and his Message. May this Website glorify Jesus Christ by proclaiming His Gospel and alerting the world to the false gospel of William Branham.

William Branham's most controversial doctrines are said to be apostolic teaching which lay between the lines of Scripure but whose meaning had been lost during the early years of Church history. He believed that God sent him as a prophet to restore those lost "mysteries" to the Church. Some of his most well known teachings include:

What is the Gospel If it's Not the Message?    For the answer, click here!

Here are a few excellent videos produced by one of my favorite evangelistic ministries, "Living Waters."
Click on the image to watch any one of them for free! 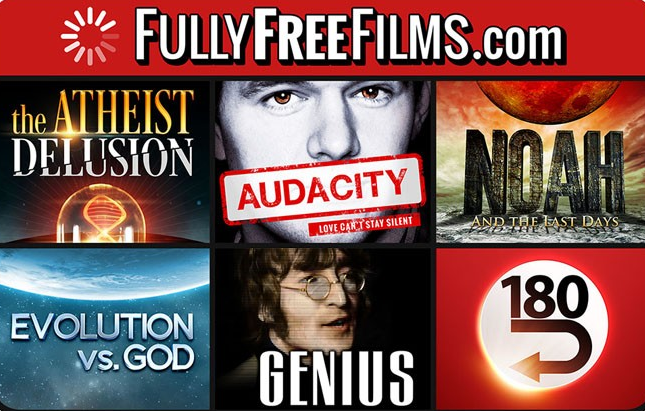 Bible quotes at this Website are from the New American Standard Bible (NASB) unless otherwise indicated immediatley following the quote or at the bottom of any particlular page, except when they appear in a WMB quote.

Quotes from William Branham at this Website are taken from the Voice of God, Inc. sermon search engine, "The Table," unless otherwise indicated.

You are welcome to use or distribute any of my work from this Website and our discussion forum without permission, but please be sure to properly cite your sources. If you're not sure what that means, please click here.

Background, Divider Bar and Button Graphics at this Site provided by